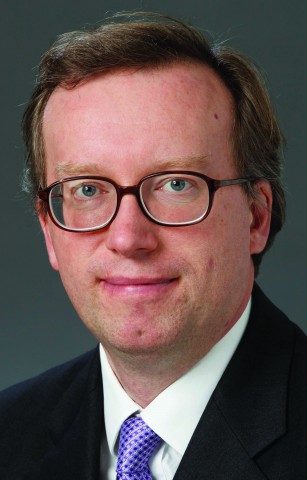 CHINA is becoming the largest market for everything, says Morgan Stanley equity strategist Jonathan Garner. He believes China’s domestic consumption is already at 46 per cent of GDP, not 35 per cent as claimed in official statistics . . .

CHINA’s consumption is under-recorded by some US$1.6 trillion, according to detailed analysis by Morgan Stanley. If the analysis is correct, then China has successfully transitioned from an export-led to a consumption-led economy — and is well on the road to becoming the world’s largest consumer market.

Jonathan Garner, Morgan Stanley’s Chief Asian and Emerging Markets equity strategist, says; “We think that consumption in China is 46 per cent — and not 35 per cent — of GDP. “China’s consumer market is healthier than generally thought. The economy is more balanced between consumption and investment.”

Based on his calculations, Garner says the Chinese consumer market is worth US$4.5 trillion — and not the official Chinese figure of US$2.6 trillion. Even at the lowest figure, China is already the second-largest consumer market after the US (US$11 trillion).

Garner worked with sectoral teams within the investment bank to “painstakingly” analyse in detail consumption of all forms of traditional and modern items. They found large discrepancies in Chinese statistics.

Garner says China’s statistical agency is under-funded, and has an outdated sampling methodology on household expenditure. He points out that when the World Bank helped the West African nation, Ghana, modernise its statistics collection with proper sampling of economic activities, Ghana found that its economy was actually 60 per cent larger than previously thought. He says spending on cars, which are not a household item but are used by households, does not appear on Chinese statistics of household consumption.

Yet the Chinese spent US300 billion on 15 million cars at an average price of US$20,000 last year. “China is the world’s largest car market (expenditure on cars alone is bigger than the Government’s official total spend for durable goods spend),” says Garner.

He believes the sampling also does not include questions on web-based recreational activities on sites like Tencent, China’s largest Internet site, based in Shenzhen.

He doubts that spending on modern durable goods —  smart phones, tablets, laptops and personal computers —  is included, along with furniture and household appliances, when sampling household spending. Their inclusion would make an enormous difference to household consumption.

Official annual Chinese per capita spending is US$124, which translates to less than US$200 billion for the whole population.

“Consumption has been driving growth in China for at least three to four years,” he says. “Chinese workers’ wages have been rising in recent years, and employment is strong.”

China is the world’s largest manufacturer, with annual output of US$2.5 trillion. “It has reached the point that China is the largest market for many of its own products,” says Garner.

“That is something that happened in the US in the 1890s. Between 1890 and 1910 it shifted from being a production base for exports to Europe and, instead, developed its own large domestic market.”

That was when the key transition into overwhelming domestic growth happened, and the US became the world’s largest economy.

“If you look at a company like Lenovo, it has done very well in China, and has extremely good distribution. In another area, special utility vehicles (SUVs) made in China, are selling in to the Chinese market.

“That is the big picture. The big theme is that China is becoming the largest market for everything,” says Garner.

“I don’t think a lot of investors have got their minds clearly around that. European and US clients still think of China as an outsourced manufacturing centre. They’re getting worried about wages increasing and thinking that it is going to hurt China’s growth model. It is too late for all of that. China is now its own largest market.”

Nothing is certain, but it is almost certain that China will become the world’s largest economy by the early 2020s. Per capita income will still be well below Europe or the United States when that happens.

China needs to achieve just one-quarter of American GDP per capita to take the leading world consumer role. Based on Morgan Stanley’s analysis, China’s GDP per capita is now US7, 304, not the official figure of US$6,102.